With final approval granted by Richland County Council during their February 18th meeting, the former Kline Iron & Steel Company location is now positioned to take advantage of the Commercial Development Incentive Program and move forward with a mixed use project at the key intersection of Huger and Gervais Streets.

Founded in 1923, Kline operated on the corner of Huger and Gervais and became an internationally known powerhouse in steel fabrication and tower construction and continued to operate there for over 80 years. Since its closing in 2004, the property has been eyed as a tremendous opportunity for a development project, and a cornerstone for helping expand the Vista westward and connect to Columbia’s river front.

Windsor/Aughtry Company of Greenville, SC will be redeveloping 4.2 of the 7-acre site into a mixed-use development which includes two hotels, retail space, an office building, and structured parking. The first hotel will be a 7 story, 146 room AC Hotel by Marriott which will include a 10,000 square foot rooftop bar. At completion of the entire development, over $92M will be invested into the site, leading to the creation of 250 full time equivalent jobs. The magnitude of this development will open additional investment opportunities and economic activity on nearby properties. Besides the AC Hotel and rooftop bar, the project is comprised of 35,000 SF of commercial/retail development, a second hotel with 114 rooms, 75,000 SF of office space, and is supported by 350 parking spaces and other necessary infrastructure. The scope and nature of the project will integrate seamlessly into the Vista Entertainment District, an area already widely recognized for its attractive blend of work, stay, play, and entertainment amenities.

The innovative joint city-county initiative, which was approved by both councils earlier this year, was created to spark major developments that tax-challenges previously stifled, by offering reimbursements to developers who invest in public infrastructure. Two other projects, at Bull Street and the Capital City Stadium, have already received approval through the program as well.

“Windsor Aughtry is extremely pleased to have the chance to again be a part of the private side of our State Capital’s economic growth and vibrance. In our opinion, the economic development potential of this aesthetic magnet can have immeasurable uplift on the whole region. Windsor Aughtry is proud to be a part of the opportunity in connecting the Vista to the incredible potential of the Congaree Riverfront property, through a site as prominent and storied as the Kline property. We believe that there is no greater investment opportunity in the region that will facilitate Columbia becoming recognized as one of the “really cool” river cities in the country.”

“Without the vision and commitment of Jerry Kline to see his family’s longtime business home become something very special, certainly coupled with Richland County and the City of Columbia’s willingness to support this effort through multi-year, partial tax reimbursement, this project would not be a possibility.”

“The Kline property has a longstanding, historical significance to the City of Columbia, and this project will serve as a catalyst for future development in our city. Along with the 250+ jobs and $100M in capital investment, this project will also solidify the connectivity between the Vista Entertainment District and Congaree River.”

“We are incredibly excited about the opportunity to work with Bo Aughtry and the Windsor Aughtry Company on this incredible project which will have a positive, multigenerational impact on our city, just as Kline Steel did as well.”

“This is precisely the type of development we envisioned when we crafted this incentive program. 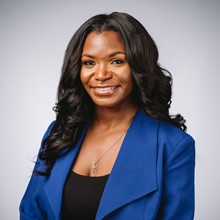